We spent a good hour in the backyard today, accompanied by our adorable puppies. It was a precious hour for the little ones, because all three adult Whippet’s have been with them. That means that there was plenty of playing and also plenty of social learning. Mommy is there for nursing, aunt Ada is there for silly playing and Daddy Domino is there to show them a thing or two about hierarchy!

Noah has been pushed around in the trailer today

And it was eventually Donatella’s turn. She didn’t like it.

Nicholas liked it though! 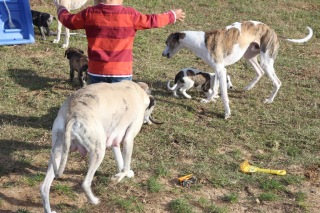 All dark brindles in one picture 🙂 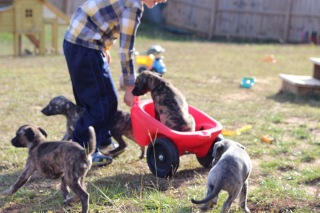 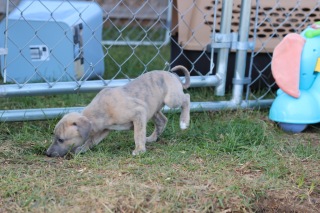 Chopin feel into a hole right after I took the picture. 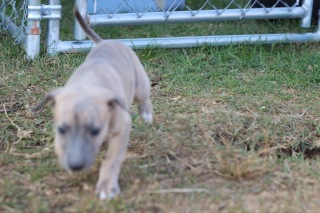 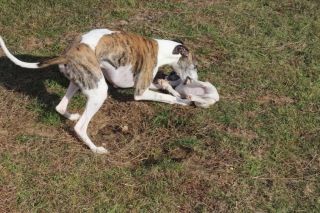 That’s Ice Age Candy there, getting her a** whooped 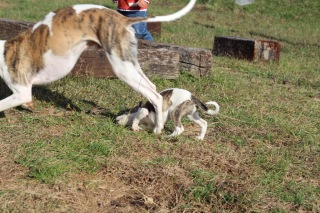 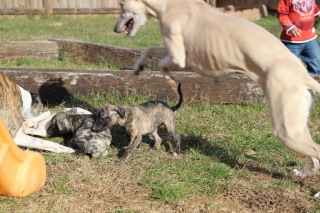 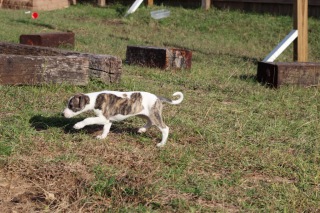 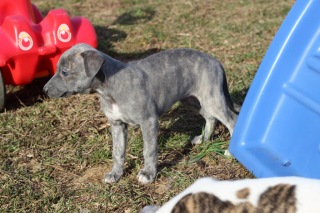 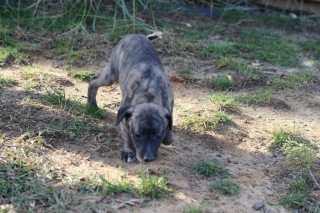 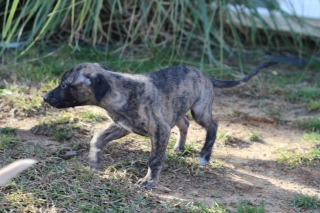 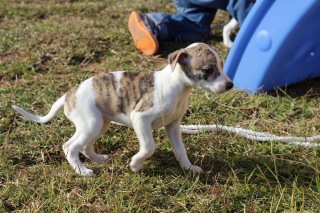 Forest trying to get up after he got his a** whooped! 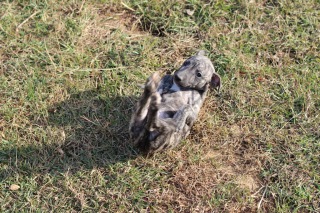 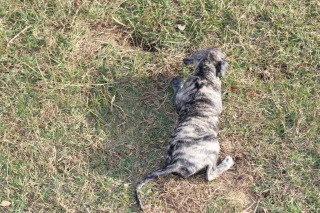 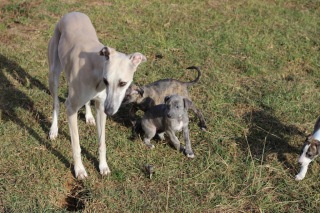 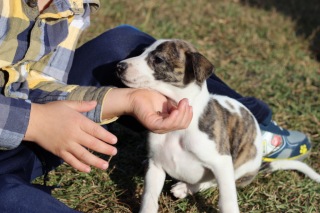 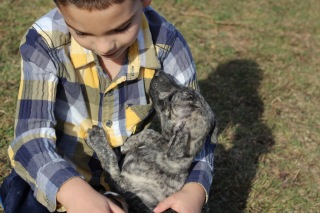 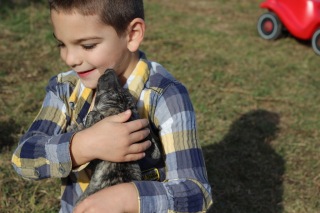